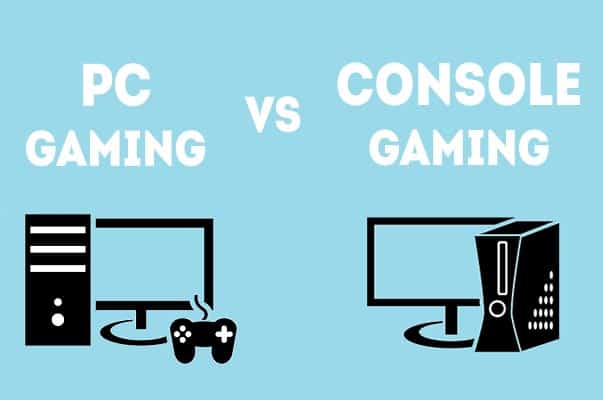 Have you ever wondered why people think that PC (or computer) is better than console? I’m going to be telling you why, also some benefits of using a computer compared to console. You can basically play all video games on PC, but not all games are meant for PC so you have to download certain programs to be able to play these games. Some games are better on console than on PC, but some games are better on PC than console, and it really depends on the game.

Some people say that PC has superior controls and some people say that console is superior in controls. I am going to be looking at both of the views in this paragraph. On a keyboard and mouse, you can program it so that when you press a button on the mouse or keyboard it has a different function so it is really customizable, because of all of the keys that you can choose to put different action on. When playing on PC, the WASD keys are used to move in most games, but this can be bad because you don’t have 100% control of where you go. This is because you only have 4 keys to press which are for left, right, forward and backward or you can press two keys at the same time to move. On console, you can move the controller more precisely by moving the thumbsticks exactly where you want them to go. I think that PC is better in this aspect because of the “hotkeys” that you can assign to your keyboard.

If you want to have high quality graphics when you are playing on PC, you will have to get a expensive computer because of the hardware that you will need to buy. This will pay off though, because with almost any game, it will run better and have better graphics with a good quality computer. Some people would say that console gaming is cheaper and that is true, but you will not get the best graphics that you can have while gaming. Some games, like PUBG run horrible on console (video of PUBG Xbox One vs PC). Graphics on PC’s really depend on your gaming budget. I think that PC is better in this aspect, and overall has better graphics.

Now, I am going to be talking about the options that you can have for your games like Mods or Emulators. Emulators are less obvious, so I will be telling you what they are. An emulator is a program that you can download that will allow you to play games that are not ported onto the PC like mobile games and Older games. A mod is something that you can download into your game files to make the game better or more fun. It can also help with glitches that happen in the game. This can give you a good experience and you might only need a PC to play all of the fun games that you cannot play on anything else besides the original platform. This can really help your gaming experience. PC programmers do a good job in making programs and so PC overall has more gaming options than console.

Those are some reasons that people say that PC is better than console even though there are even more reasons that I did not go into. You can get better graphics, better controls and “hotkeys” and more options of what you can play or what you can do with your games. If you are on a small gaming budget or don’t have an allowance, you might want to stick with console gaming because it takes a lot of money to get a prime gaming experience on PC.