Animals Should Not Be Abused 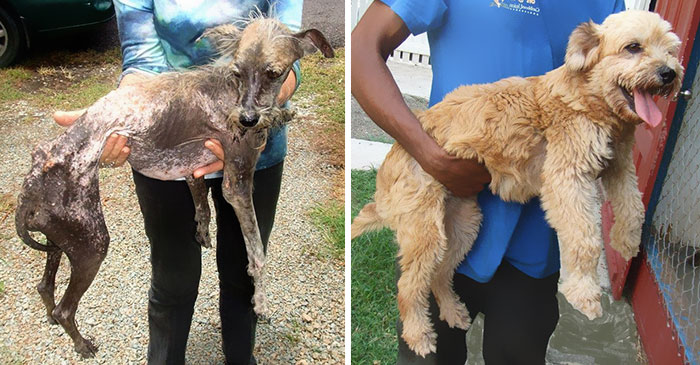 This is an before and after of an abused dog.

Do you ever think about hurting your child or someone you care about? What about an animal? What about kicking a puppy, or hitting a bunny? I am going to talk about animal abuse and how animals should not be abused. It can cause aggression, distrust, and just think about how they feel.

Animals shouldn’t be abused because they haven’t done anything wrong. According to Gallagher et al., “In the survey population, 57% of women reported witnessing one or more forms of abuse, or threats of abuse, of their pets. Five of which were reported to have resulted in the death of the pet”. This means that over 50% of pets have been seen being hurt or killed, and to us, it is as if a child is getting horribly abused.

Even if animals did something wrong they don’t deserve to be abused. Just try and teach animals what they can and can’t do how you would teach your child, without violence. According to the article Quinet, “Gullone has pulled together a significant amount of research that can be used to support the link between animal cruelty and other forms of aggression and antisocial behavior”. This means that animals tend to be aggressive towards anything because of abuse.

According to healthypets.mercola.com, “If kitties aren’t exposed to people during their first seven weeks, they develop a permanent distrust of humans”. This means that after being abused so much, the animals might have a distrust for the rest of their life. But if you work hard enough, you can get your pet help.

In conclusion, we can say that animals have a different perspective for abuse, and they can get aggressive from the abuse, and earn distrust from the abuse. We shouldn’t abuse our animals or pets in any way. Go to Compassion Over Killing (cok) to help end animal abuse.