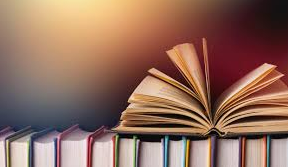 So many stories to write, which will you choose

Are you a writer? Do you have a project for a class and not know what to write about? Then you’re in the right place. Because I am going to list 8 amazing story ideas. Keep reading to find out what they are.

1. Story idea number one is the story of a scar. Tell a story of a time that you got hurt. Like when your brother pushed you down the stairs and you broke your leg. Or when your brother throws a spiky rock at you and hits you in the temple.(True story here’s the Link) Anyway, you get the gist, just write about something traumatic.

2.  Tell a top ten story. A top ten story is just like this one; it is to list a number of things that would be interesting to the reader. Example: Top 10 best animals to get as pets, top eight most amazing story ideas (the story that your reading). And many others relating to that.

3. Fiction. You could do a story that you make up. There are a variety of ways that you could write one of these. You could make up a story about how your character went on some awesome adventure and finds the key to a lost city of gold. Or a story on how the character has some sort of superpower and feels as though the weight of the world is resting on their shoulders but does not know how to tell the people of the city that he does not want to save them anymore. As I previously stated there are an infinite amount of ways to write one of these, just use your imagination.

4. Personal narrative, much like the story of a scar a personal narrative is just a story about yourself. Easy right? Just think of a memory that would seem interesting to others and write about it. But, p.s use as much detail as possible. Actually though, in a personal narrative there is no such thing as too much detail. Describe the smells the sounds and anything else that was going on at the time. Here is a sneak peek at the story I mentioned back in paragraph 1(Here’s the link) “SMASH!!!!! The object hit me right it the temple. All I could feel was pain. Then something ran into my mouth. It was salty with a hint of even salter chlorine. It was blood. I felt my head and looked at my hand and all I could see was blood. It seemed as if everything had slowed down and all I could hear was my breath, it was as if nothing else was going on. I didn’t even hear my own screaming.” See how I wrote everything that was going on in that exact moment, that’s what you should do.

5. Event, you could also do an event story. An event story is like it sounds, you go to an event where a lot of other people go and you write about everything that took place. Plus it might not hurt (meaning you probably should) get interviews from at least two other people that were at that event. If you need more detail on how to create an event story click here and take a look at my event story.

7. Tutorial, tutorials are very popular and they are somewhat easy to write. All you have to do is find something that you can do that not many others can, construct the most simple way to do it, put it in steps, then put it on paper. ‘How To Bake Cookies In 5 Simple Steps’ or ‘How To Care For Your Exotic Pet’ are all examples of a tutorial. And whether it be a how-to on whistling or a how-to on cooking just pick something that you can do that others might want to learn.

8. Number eight, the final story idea, the cherry on top, the icing on the cake, it’s… the vs story. Now the vs story is one of the simplest stories to write. All you do is pick two things that could be considered similar and compare them in about four different categories then pick a winner. If you are still confused on how to construct a vs story just click here and take a look at my story ‘Books Vs Movies’

In conclusion, there are many different stories you can write and they are all constructed in different ways. But, I encourage you to try and write on of these stories, just try it out and maybe, just maybe you will find your new passion.