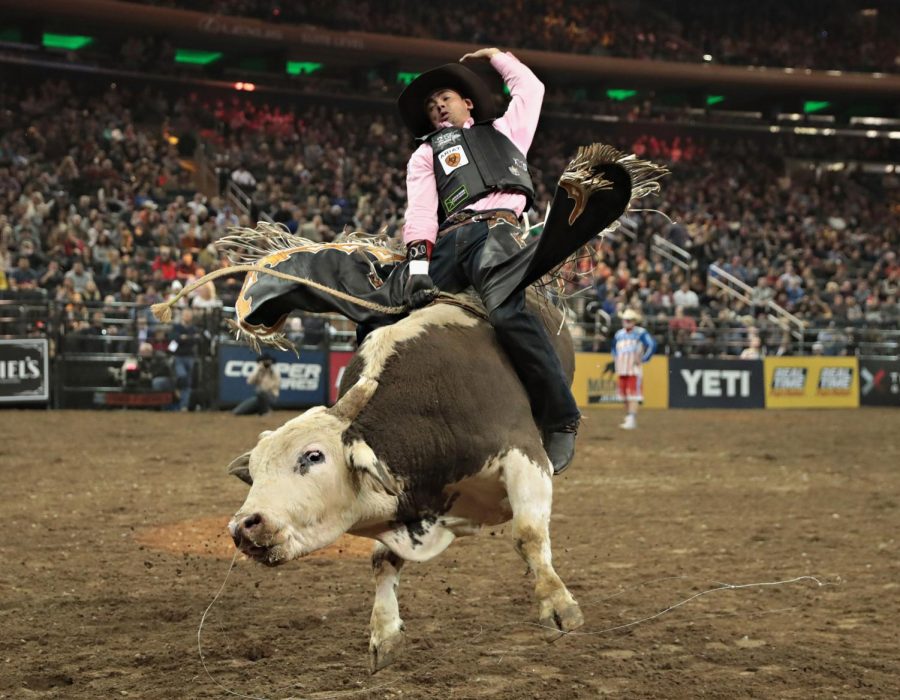 Kansas Biggest Rodeo, which happens in the small town of Phillipsburg Kansas, is a great place to go if you’re into horses and bulls and even clowns. They have a humongous concession stand that sells stuff from cotton candy, to nachos. They sell cowboy hats, and ropes and even light swords for the little ones. They normally have 3 performances, on July 30th, the 31st and August 1st. Come on down to Phillipsburg Kansas, to see all the rodeo action!
Kansas’s Biggest Rodeo happens every year, and has been for 75 years. The rodeo started months before the Great Depression. But the bad times didn’t stop the rodeo from taking place. And the first rodeo was a success! In 1929 there were 4,000 people in attendance, and three years later, attendance had grown to 20,000.
Almost everyone likes the rodeo and wishes nothing different. When asked about the best parts of the rodeo, Brenda Chanley (a shop owner in downtown Phillipsburg) said, “The food is amazing (especially the hamburgers), the bull riders are phenomenal, and everyone is so nice”.
When the rodeo first started, concessions were handled by John McLaughlin from Louisiana. He would put up a tent on the west side, and grill onions because he claimed the smell enticed people to eat. He often hired high school kids to help. After John quit, committee member Don Lumpkin, who ran Lumpkin’s IGA in Phillipsburg, ran the concession stand. Now it is managed by the rodeo committee.
Cowboys and Cowgirls can join in contests that consist of, Bareback Riding, Saddle Bronc Riding, Bull Riding, Tie-Down Roping, Steer Wrestling, Barrel Racing, and Team Roping. First place winners get at least $2,000.
Come down to Phillipsburg Kansas the last weekend of July to either compete in or see some rodeo action! I’ve attended the rodeo several times, and let me tell you, it’s probably the best show you’ll ever see!